Is the Comlink Becoming a Reality? 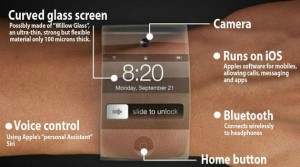 We all remember the famous comlink that Michael wore during the show and its capabilities. Recent reports state that Apple have patented the name iWatch to their brand, and from rumours of its functions the comlink may becoming more of a reality.

The new iWatch is understood to communicate wirelessly with the iPhone and provides interactivity without having to remove the iPhone from your pocket. Email and text message notifications are said to appear on the screen giving the user information about recent communications. Siri can be activated by talking to the watch and can be activated by a word or a phrase.

Maybe one day they will link the technology with our cars in lieu of key fobs to act as a ‘smart’ entry and start/stop, system!

Read the full article here, thanks to the Stabley Times: iWatch is real: Apple files patent for iOS smart watch 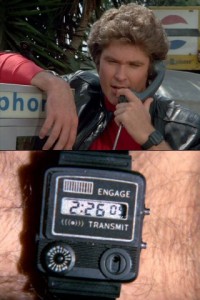 The original comlink from the series.

This entry was posted in Knight Rider, Original Series and tagged Comlink. Bookmark the permalink.