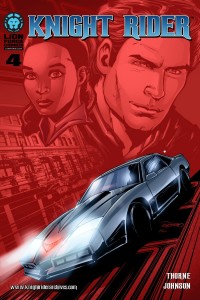 Hot pursuit as Michael, Tabitha and the now talking (and THINKING) car, escape the exploding lab, giving high speed chase to the mercs who have kidnapped Katherine. But the mercs don’t give up their prey so easy.