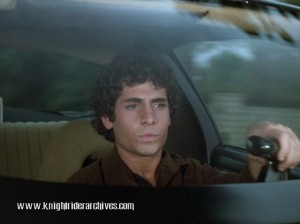 Remember Tino, the gypsy kid being terrorized by bank robbers in Silent Knight, Knight Rider‘s 1983 – and only – Christmas-themed episode? Paul LaGreca, who played Tino, has been kind enough to share his memories of his time on the Knight Rider set with us, talking about his character, his favourite scenes and David Hasselhoff!

“I arrived on the Knight Rider set on a VERY hot October day,” Paul remembers. “I was to play Tino, a punk kid who continually gets into mischief. My costume had me in a corduroy jacket in the West Covina heat. I was nervous before shooting, so all I had for breakfast was an apple and a cup of coffee.

“The very first shot of the day was my insisting to be let out of the car because I had to vomit (I was faking it of course to get away from the bad guys). Over and over again I said in the car, ‘I’m gonna be sick, let me out.’ The windows were rolled up, I had no air and say something enough times and believe it as an actor and I believe you can fool yourself!! All of a sudden I felt it coming up …. I tried to breath and push it down, but it was no use!! Once again I had to say the lines, ‘I’m gonna be sick.’ If you watch the scene now you can see that I was pale as a ghost and sweaty. I begged to stop rolling, opened the window and vomited out of it!!!! 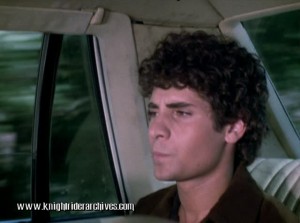 Paul was genuinely ill during the kidnapping scene

“David Hasselhoff was so great. Since it was my first shot, the director was afraid I had the flu and suggested replacing me. I begged him not to explaining that I did not eat well, I was nervous, it was hot, plus my lines were I’m gonna throw up! Give me a break!! He believed me, but made me go rest and the crew changed the shooting schedule around me.

“David gave me something to relax my stomach and he genuinely felt bad for me. He even offered to let me rest in his trailer instead of mine. I will never forget his act of kindness. I got well quickly and my next shot was with him – the scene where K.I.T.T. takes me on a joy ride…. I was still pale … I did not get sick again, and he saved my job.”

Unlike some Knight Rider guest stars, Paul had a lot to do as Tino: he was constantly being chased by bad guys and he got to take K.I.T.T. for a spin. His favourite scene in the whole episode was the fight scene in the corn field. “It appealed to the New York boy in me and we had so much fun. David and I made a good team fighting the bad guys. My guest spot on Knight Rider will always be one of the highlights of my life.” 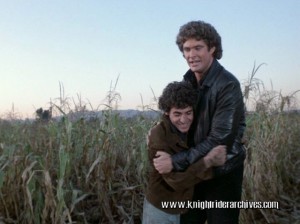 Paul has just started a YouTube channel where he will begin uploading a lot of his older and more recent work, including his new web series The Sit Room. 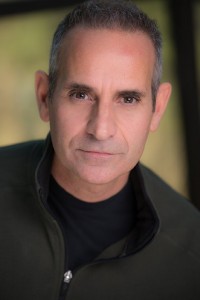 We extend our thanks to Paul for taking the time to share his experiences with us!