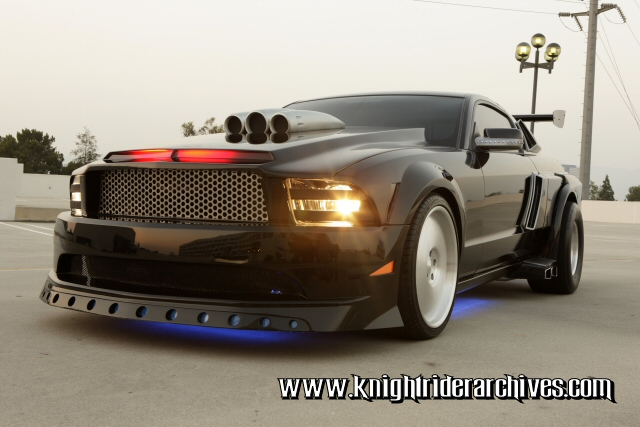 September 24, 2008 saw the return of Knight Rider to network television as a weekly series for the first time since 1986!

Following the success of the 2-hour pilot movie that aired the previous February, NBC’s second attempt saw Knight Rider revamped yet again by showrunner Gary Scott Thompson. The series moved away from the more ‘classic’ feel of the pilot movie, and gave us a new and improved ‘Attack Mode’ K.I.T.T., and a much bigger cast – with newcomers Paul Campbell, Smith Cho and Yancey Arias joining the returning Justin Bruening, Deanna Russo, Sydney Tamiia Poitier and Bruce Davison. Val Kilmer returned as the voice of K.I.T.T.