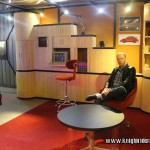 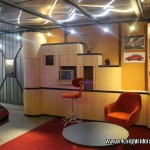 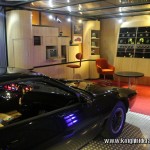 Alvar Seeberg is a Knight Rider fan that is living the dream. Knight Rider is a show that has spawned a whole community of car owners who have taken the effort to track down and buy a Trans Am, and then customise it to resemble K.I.T.T. inside and out. Alvar is a member of that community, but he has taken it to the next level! As you can see from the photos, Alvar has converted his garage into a near-perfect recreation of the Knight Semi-trailer set – the perfect home for any Knight Rider replica! 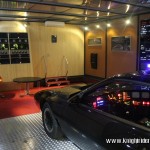 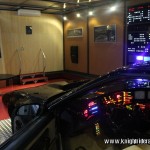 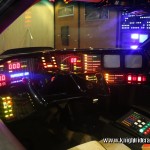 “When I finished with my K.I.T.T. replica, I decided to do something more,” Alvar tells us, “so I started with the walls in my garage. I wanted the walls to look like the same way as they did in the show. When I built the ceiling, I had to watch the 3-4 season series again and again, sometimes second-by-second to get the right angle. After this was done, I started to build the “Boomerang units” next to the “Semi” door. This was a bit challenging, because there were so many details and different switches to install. But I was lucky to see the original unit in LA, California, and so it was better to understand what they used this time, but some parts of this unit is still a mystery to me… 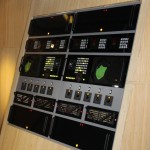 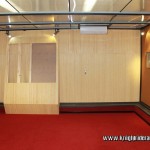 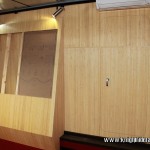 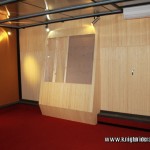 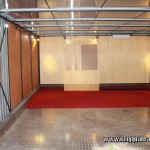 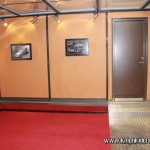 “It took me about 6-7 months to finish this unit, because the waiting time for the different lamps and switches took so long time. All the other parts of it I laser cut here in Estonia.”

One of the distinctive features of the Semi interior is the office area, with its shelves housing monitors and computer banks. Alvar spent a week researching episodes for the right measurements, and this section took about one week to build. “I really enjoyed building the shelving, because I think they looked very beautiful in the show. The best part of it was to add details into the shelving like Chrome bowling ball (filled with cognac), and the (hard to find) monitors, also I like the West California reporters and the red encyclopedias at the left side, they look just like in the show!

“One of the computers that they used in the show was “Texas Instruments” home professional computer and I am still looking and searching where to get one, but I will get it one day! 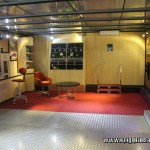 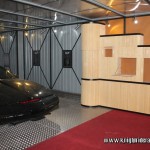 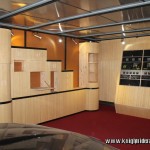 “The next step for me was to build the black “Blinking” panel at the right side of the semi set. I wanted the lights to flash exactly the same way and the same time as they did in the show, so I did spend again some time to watch the certain episode about 20-30 times and second by second.

“All together I must say that it took me about 4-5 years to build the Kitt replica and the Semi set, but I think it will never be finished, because there’s always something missing.” 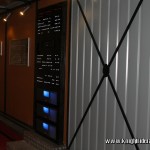 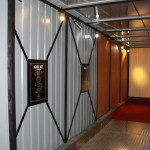 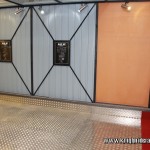 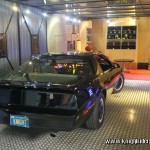