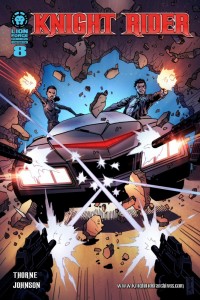 A timely intervention turns the tables on the mercs but at a terrible price. Michael makes a decision that will change the course of his life and KITT’s existence… 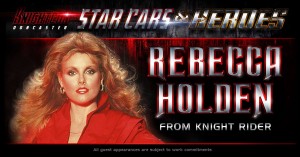 Knight Rider returns to television screens in the USA thanks to COZI TV! The show debuts on Memorial Day, Monday, May 26th, 2014, airing at 9PM and 11PM ET before falling into its regular slot of Tuesday nights at 10PM ET the following day. Paired with the classic Starsky & Hutch, the show makes up a part of COZI’s Boys of Summer brand.

COZI TV is a national network bringing viewers America’s most beloved and iconic television series, hit movies and original programming brought to you by the NBC Owned Television Stations. Well-known shows like Magnum, P.I., The Bionic Woman, Highway to Heaven, The Lone Ranger and The Six Million Dollar Man are also featured on the network.

You can find out whether you can receive COZI TV in your area here, and find more information about the station at their website. 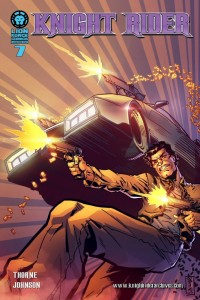 The bad guys try to get Michael to coerce Katherine into giving them the RIDER technology. Luckily Michael has another plan and K.I.T.T. has a weapons’ system nobody thought to deactivate… 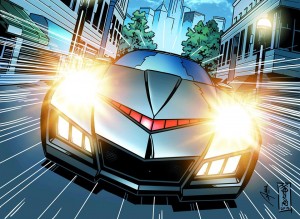 At last weekend’s Emerald City Comic Con, Lion Forge Comics made the announcement that they are pitting Knight Rider against Airwolf for the very first time in a special crossover event!

Airwolf will be familiar to fans of the 1980’s “super-machine” genre (kickstarted by the success of Knight Rider). The show starred Jan Michael Vincent as Stringfellow Hawke, a hotshot pilot recruited by ‘The Firm’ to retrieve a sophisticated attack helicopter (Airwolf) that had fallen into terrorist hands. Once recovered, he retains the machine and agrees to use it for special government missions only to be returned if his brother – an MIA in Vietnam – can be found. Airwolf was the most successful of all the KR-inspired series, lasting three seasons from 1984-86 on CBS, and a fourth (with a new cast including Barry Van Dyke) on the USA network.

It has always been a favourite game of fanboys to speculate whether K.I.T.T or Airwolf would come out on top in a one-on-one confrontation, and the potential duel has also spawned some interested YouTube fan edits.

Adam Warren (Empowered) is writing the event and said he enjoyed playing around with the characters from these two shows. In addition to the event, the publisher mentioned there will be several one-shots that lead into the crossover and that one of them will be written by industry veteran Chuck Dixon (G.I. Joe, Batman). 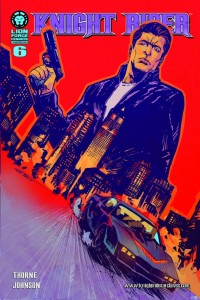 Michael and the car (KITT) track the mercs to an abandoned FLAGG Foundation safe house where they are caught in an ambush. KITT takes more serious damage and, too late, Michael learns the identity of the mercs’ employer.

Check out the Club Junkies UK dance re-mix of Rebecca Holden’s ‘Dreams Come True,’ with a new video of some of your favourite April moments from Knight Rider! 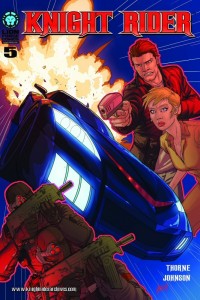 The gun battle with the mercs leaves Michael’s car crashed and Michael and Tabitha for dead. Elsewhere, Katherine gets a huge surprise when she meets the mercs’ employer. 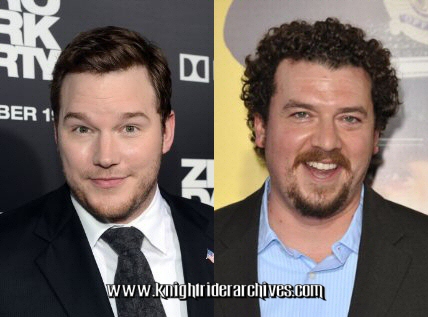 Last year came the announcement that The Weinstein Company had hired Arrested Development scribe Brad Copeland to draft a new script for the long-proposed Knight Rider movie. Little has been heard of the project since then, but word is reaching us that the Weinsteins are keen to move forward and have opened talks with actors Chris Pratt and Danny McBride. Pratt is well-known to audiences from Zero Dark Thirty, Moneyball, and the TV shows Parks & Recreation and The O.C.. McBride has appeared in Due Date, Pineapple Express and Your Highness. 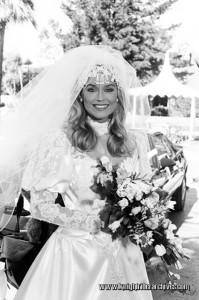 Join us in wishing a Happy Birthday to Catherine Hickland – Stefanie (Stevie) Mason in Knight Rider! On behalf of Knight Rider fans around the world, we send Catherine our very best wishes!

In addition to playing Stevie, Catherine also created the role and wrote the story for 1983’s ‘White Bird.’ She returned in two later episodes (‘Let It Be Me’ and ‘The Scent of Roses’).