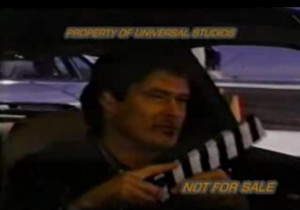 Filming begins on Knight of the Juggernaut, and the fourth Season!

June 24th, 1985: Filming began on Knight of the Juggernaut, the feature-length fourth season premiere, on location in Chicago. Production began with the chase sequence along the unfinished highway, where Nordstrom’s men open fire on Michael and K.I.T.T. The cast and crew would ultimately spend five days filming in Chicago (at such well-known locations as Grant Park and the Chicago River) before moving back to locations in Hollywood, Van Nuys, and the soundstages at Universal.