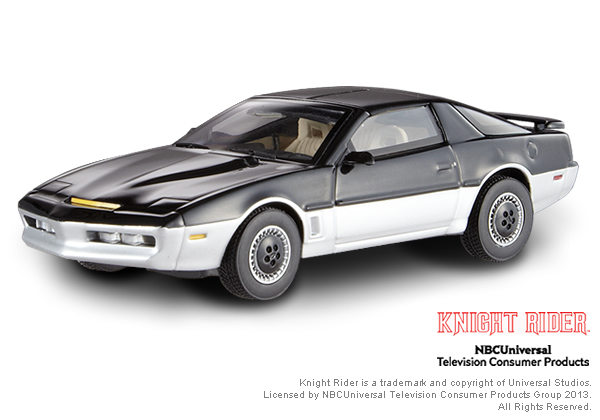 Hot Wheels have released the final images of their 1:43 scale diecast K.A.R.R.! The free-wheeling model features K.A.R.R.’s distinctive shiny black and silver chassis, beige and black interior, detailed tires, and KARR licence plate! The model also comes with an included plinth for all your display needs.

In the TV show, K.A.R.R. was a prototype vehicle created before K.I.T.T. by Wilton Knight himself. K.A.R.R. was immediately deactivated because it featured a serious problem in the system: it was programmed exclusively for self-preservation and not to protect human life (unlike K.I.T.T.). Stored away in the Knight Museum of Technology, K.A.R.R. was re-activated by mistake and becomes a very dangerous enemy for K.I.T.T. Check out our new 1:18th and 1:43rd scale models of this diabolical vehicle.